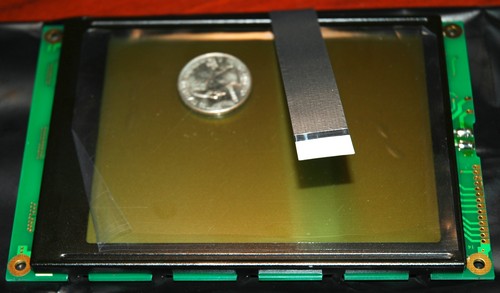 Well, I got the email today letting me know that I won this lovely LCD screen by playing Hacked Gadgets’“Name That Thing” Contest. You should go check out their site, it’s got plenty of related electronics-hacking stuff.