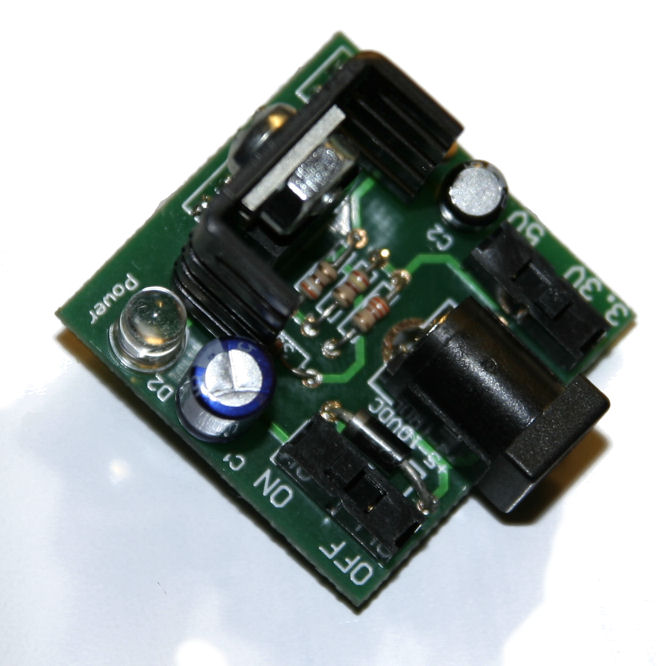 This is the finished product, after assembly of the Breadboard Power Supply.

For more info, see the First Post about it. Here’s my “partially-assembled-and-disassembled-for-the-photo” breadboard power supply. It comes as a kit from SparkFun Electronics, as seen here, along with the optional heatsink for the voltage regulator, as seen here.