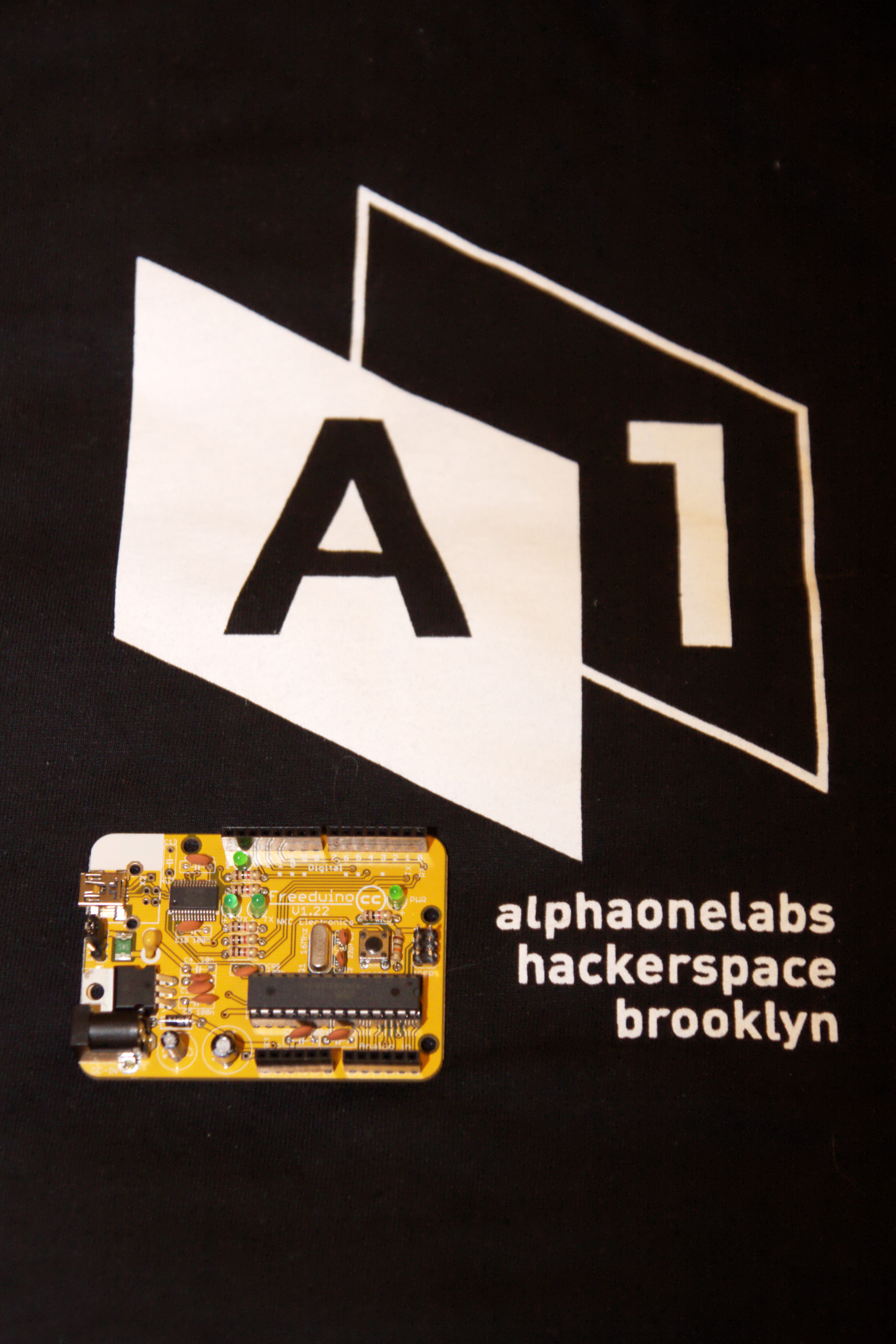 This is my new Freeduino, which I purchased as a kit from the fine folks at the AlphaOne Hackerspace table at QuahogCon 2010.

I assembled the kit together at the Hardware Hacking Lounge with some super-sweet soldering irons, then spent the next hour and a half trying to figure out why it wouldn’t work. Turns out that it needed a jumper on the USB/External power selector. Thanks to Mr. Jimmie Rodgers for the eagle-eye lack-of-jumper spotting.

I already have an Arduino (the original); however, it doesn’t have a pin for the reset line or 3.3V line on the headers, so I guess it will just be relegated to different tasks.

I had planned to submit an entry into the Alpha One Labs Hackerspace’s Arduino Hacking Contest, though I ended up spending every waking moment trying to hack the Humans vs Zombies game. Apparently, I was not the only one with not enough time; there were unfortunately no entries into the contest 🙁 I ended up receiving honorable mention (consisting of a T-shirt) for constructing my Freeduino.

Hopefully, there will be an Arduino Hacking contest next year… Start building those Arduino projects! Here’s what I gained (physically) from QuahogCon 2010 (in no particular order):

(And yes, I would have preferred to photograph against a plain white background, but hey.)