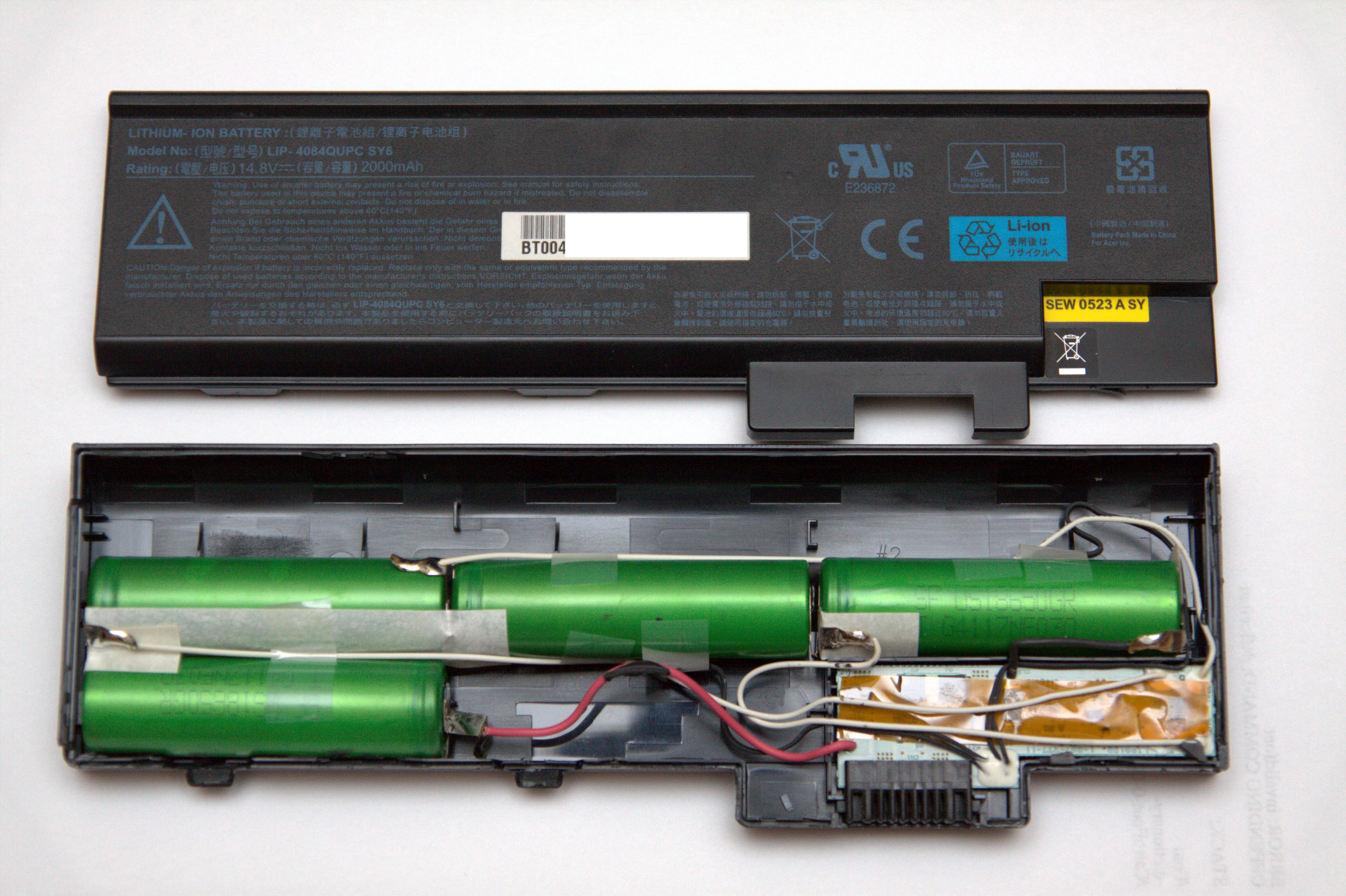 This is a 4-cell battery; before opening it up, I was under the impression that it was a 3-cell.

The PCB has +/- going to the 4 cells in series, as well as leads between each cell (probably for measuring voltage at each intermediate point), and two temp sensors: one on the battery closest to the circuit board (the one that the board’s “-” connects to) and one on the next one after that (the middle-most one).

The top side has the following ICs:

The bottom has the following:

With a bit of digging, it seems that the bq80201 is used for many different battery makes such as Sanyo, Dell, etc.